An allegedly good news story today is that "wages catch up with inflation".

It's a while since I've seen a more misleading statistic. Wages have not caught up with inflation at all. What has happened is that the annual rate of increase in wages (now 1.7%) is greater than the annual rate of increase in consumer prices (now 1.6%). However, given that prices have been increasing faster than wages for some years now, wages have quite a bit of catching up to do. A 0.1% advantage in the rate of change will not come close to doing that.

So I though I'd make a little graph to illustrate the problem. I have set both wages and prices to an arbitrary index of 100 each in 2008. The graph below illustrates how they have changed since then, based on figures released today. 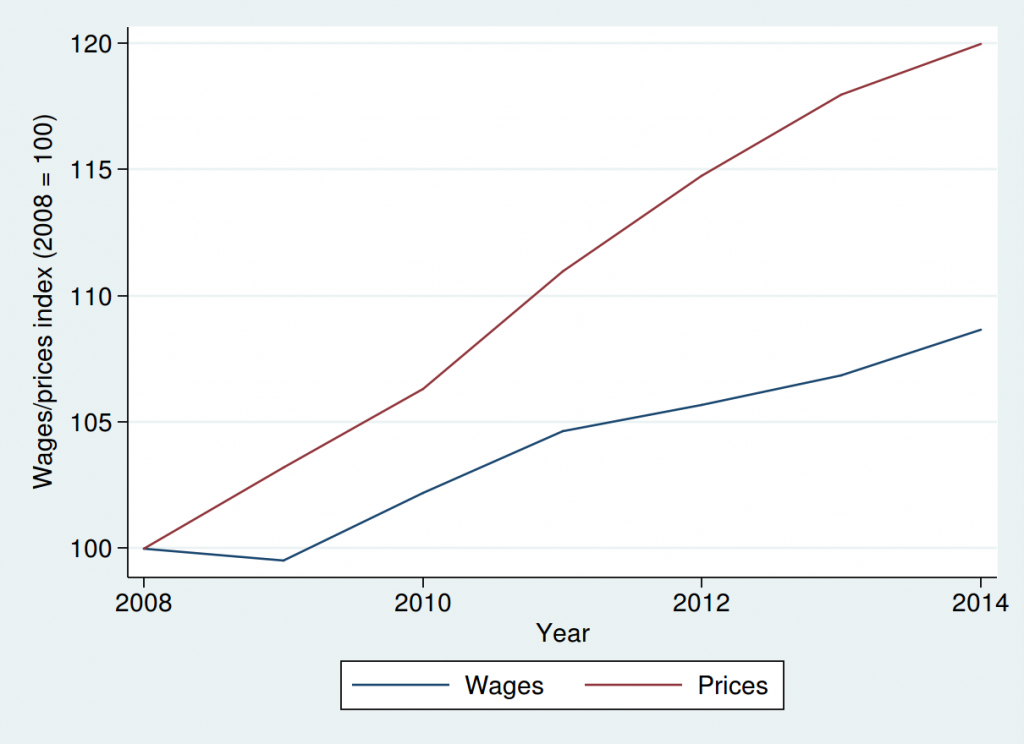 There are other problems with the data of course. The extent to which CPI is the most appropriate measure of inflation is widely debated. Those debates have been rehearsed at length elsewhere (this article is a rather fun example), and I won't repeat them here.

But it's also important to realise that wages data are based on mean wages, not median wages. This is important, because wages have a highly skewed distribution. Increases at the top end of the wage distribution may lead to a disproportionate rise in the average, even if most people are no better off.

Really, the idea that wages have caught up with inflation is one of the biggest pieces of nonsense I've seen for a long time.

← Tamiflu: it's a bit more complicated than that Care for the elderly →

2 responses to "Wages and prices"